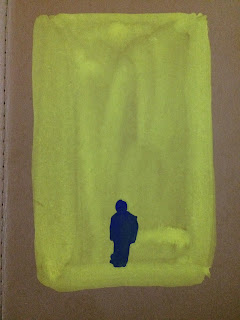 Historically, bees have had a great reputation. For centuries they have been associated with superior moral qualities, and have held very positive symbolisms—things like hard work, diligence, wisdom, spirituality, humility, communication, physical and spiritual cleanliness. Until recently, that is. Today, bees (and, to some extent, birds, and other less vital pollinators) are held in considerably less esteem. Now, they are more likely to be associated with all sorts of problems—environmental destruction, the mismanagement of agriculture, the ravages of greed. In fact, even as this essay is going to print, the English daily, the Guardian, reports that seven types of bees once abundant in Hawaii have become the first bees to be added to the US federal list of endangered and threatened species.

Nectar: War upon the Bees is a visual essay on the mortality of pollinators as a consequence of the faster-bigger-cheaper approach to food production that is steadily draining our planet's resources, and that could ultimately provoke the collapse of our civilization. The wisdom of cultures across the globe has long told us that Nature is full of extraordinary connections. Hence our exhibition will also reflect on the interconnectedness of the bees with current world events—many of them urgent to our survival. However, be forewarned: The threat to our food sovereignty triggered by patent-protected genetically modified seeds may be difficult to face, and probably more difficult to control, given the $66 billion merger of Bayer and Monsanto, dubbed by some critical press the “merger of two evils,” just a few months ago.
The projects of the nine artists selected for Nectar are unequivocally committed to the theme, yet their scope is expansive and their nuanced associations and references converge into a compilation of images rich in social awareness and engagement. As an overview of the current situation, the works are incisive, insightful, and endowed with the flair of a special kind of art – one that directs our eyes and thoughts to what is happening around us. Curated by Berta Sichel, the featured artists include Suzanne Anker, Luis Fernando Ramirez Celis, Juan del Junco, Kelly Heaton, Marine Hugonnier, Ellie Irons and Anne Percoco, Lucía Madriz, Beth Moysés, and Carlos Schwartz.